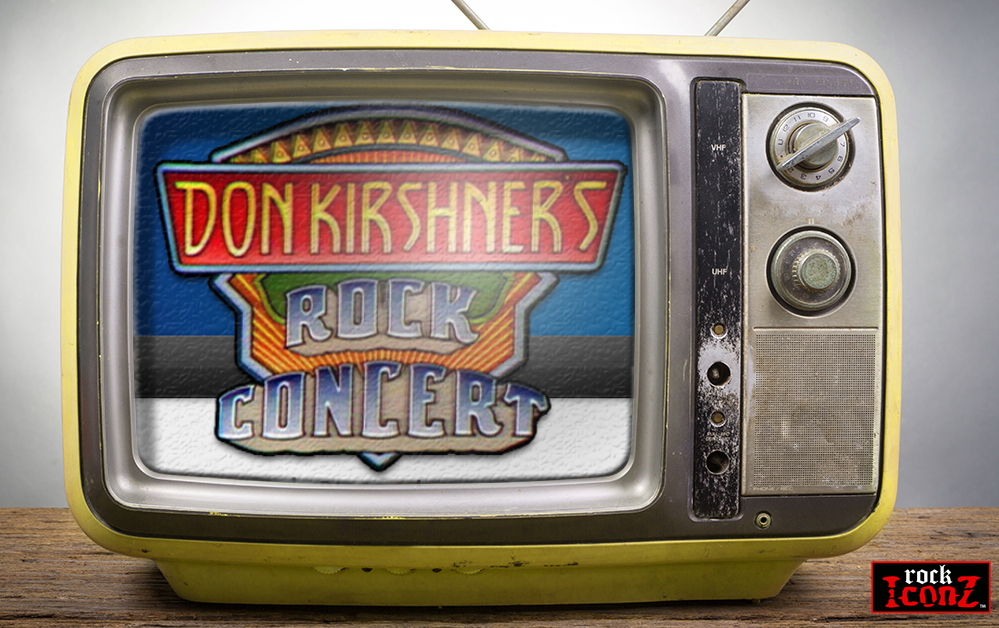 Growing up in the 70s there was no firehose of music and video content like today. You had to work at it to get a glimpse of your favorite band playing live. You either had the good fortune to go to a live show, or you planted yourself in from the tube on Saturday at Midnight and watched Don Kirshner’s Rock Concert to see the latest greatest Rock Iconz®.

In the fall of 1972, “Don Kirshner’s Rock Concert” was perhaps the first to weekly syndicated TV show that featured the best band playing live…no backing track to be found.  “Don Kirshner’s Rock Concert” included legendary Rock Iconz such as the Rolling Stones, Led Zeppelin, but also debuted emerging acts like KISS (Gene Simmons, Paul Stanley, Ace Frehley and Peter Criss). It was the 1st time a national TV audience got to see what was called “Punk Rock” with The Ramones. Can still see the low camera angle to show Johnny Ramone planted stage right hammering out all those downstrokes. New wave also broke there with Blondie and Debbie Harry in all her beauty. AC/DC with Bon Scot and Angus Young were 1st seen prowling the stage playing “Let There Be Rock”…and there was Rock for a decade on this great TV show. Man, I’m getting misty.