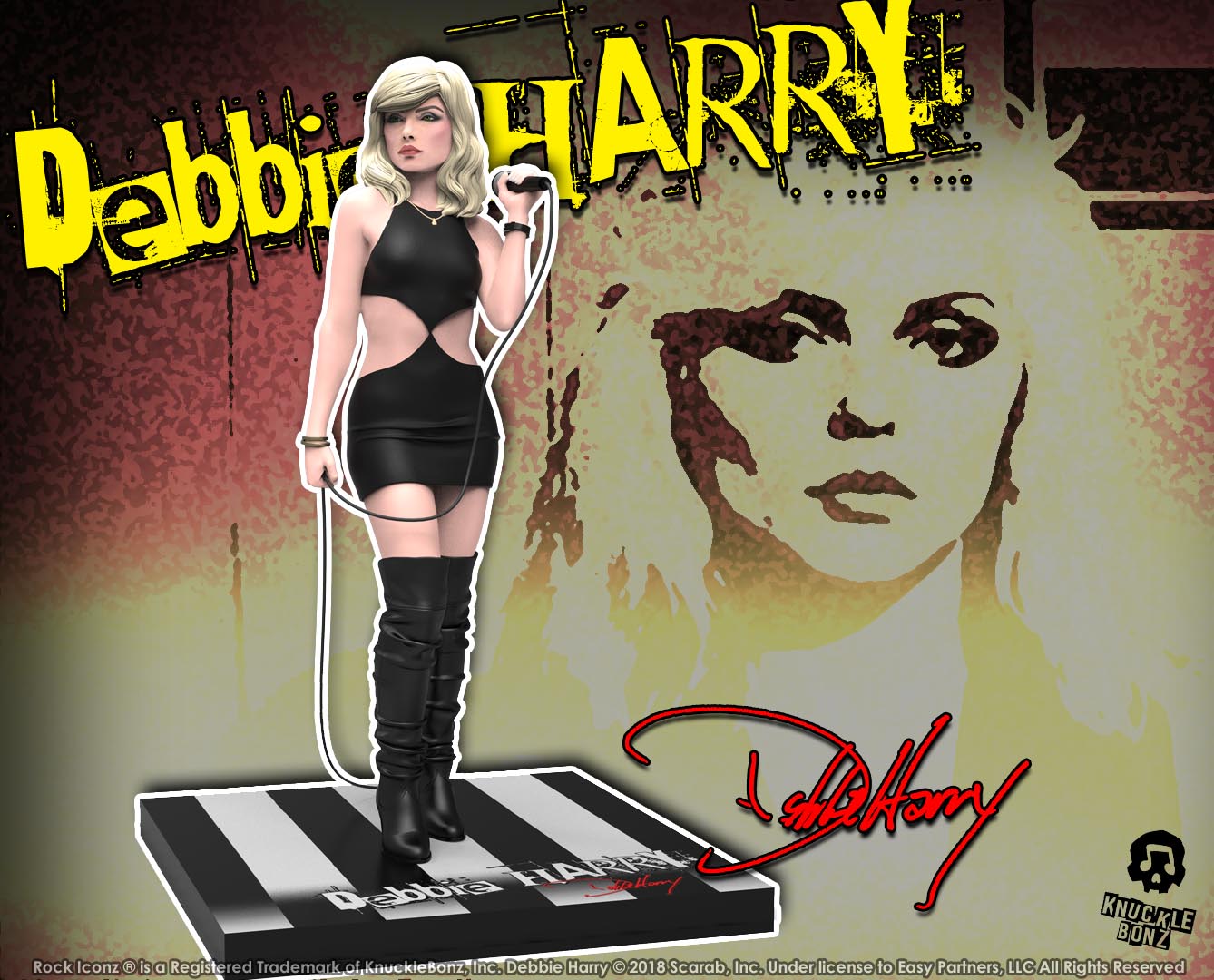 Debbie Harry, a seminal rock-n-roll figure, complex songstress, incandescent front-woman, and fashion icon. A vibrant global force whose enduring presence forever changed pop culture when she entered the scene. Debbie’s chart-topping success, fearless spirit, and ongoing creativity led her band, Blondie, to an induction into the Rock “N” Roll hall of fame in 2006.  Since 1976, she has released 11 studio albums with Blondie and 5 solo albums. She also has a notable acting career with over 30 film and television roles to her credit. She is a true national treasure, one whose influence continues to impact the worlds of music, fashion, and art. From an irreverent Lower East Side punk goddess to a bona fide ambassador of New York cool, Debbie Harry will forever be synonymous with that punk spirit that lives somewhere within all of us.

This Rock Iconz design captures Debbie from the late 70’s in the iconic dress created by renowned design Stephen Sprouse.