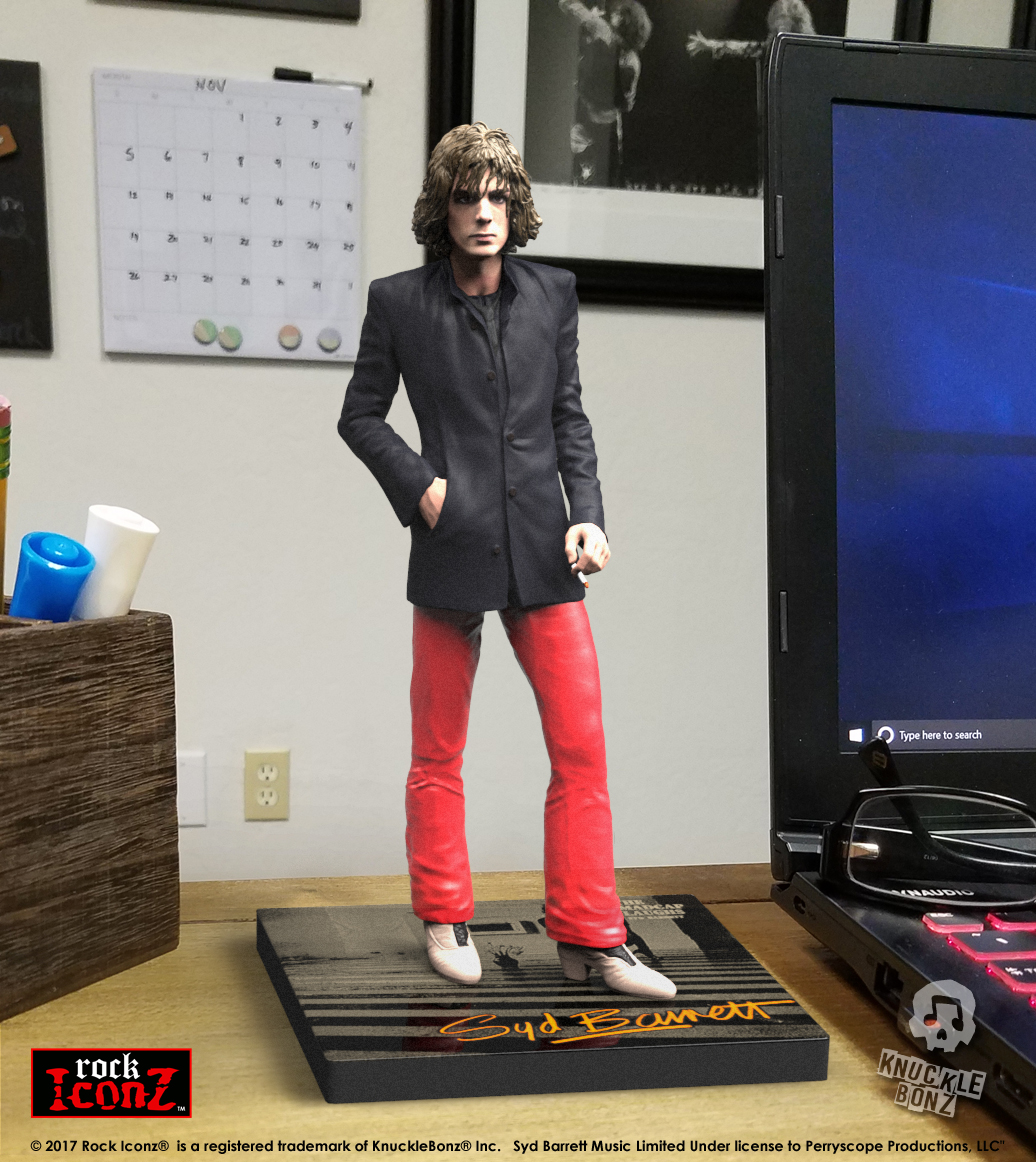 Syd Barrett perhaps had more impact on rock music, over a shorter span, than any song writer and frontman in history. Syd’s life began with a simple and pleasant childhood in Cambridge, England. He then gained prominence as a local art and musical bohemian figure, who would become the original creative genius behind of one of the world’s greatest bands, Pink Floyd. In 1965, Syd joined former school mate, Roger Waters, in the band that Syd named Pink Floyd, along with Richard Wright & Nick Mason. Syd immediately emerged as the main creative and songwriting drive that would lay the groundwork for the UK psychedelic music scene. This would grow beyond an underground movement and become the massive musical genre we know today. Syd’s early compositions “See Emily Play” and “Arnold Layne” were the original Floyd tent poles, and their first UK chart singles. The epic “Interstellar Overdrive” fused a long musical jam session and an elaborate live visual performance, these elements forming the road map Pink Floyd would follow over the next decade. After appearing on only the first two Pink Floyd albums, Syd began to show serious signs of mental illness that would challenge his creative and personal life going forward. Syd split from Pink Floyd in 1968 and released the well-received solo album “The Madcap Laughs” followed by “Barrett”.  After this period, Syd’s interest and ability to focus on his music waned and he withdrew to Cambridge. He was occupied by his painting and other creative endeavours, far away from the spotlight, never to re-emerge. He had become and would remain the “Crazy Diamond” until his death in July of 2006. Shine On…

You can see Syd Barrett of Pink Floyd and all the great artists in the Rock Iconz Collector Series at www. knucklebonz.com

Rock Iconz is a trademark of KnuckleBOnz Inc. All Rights Reserved.