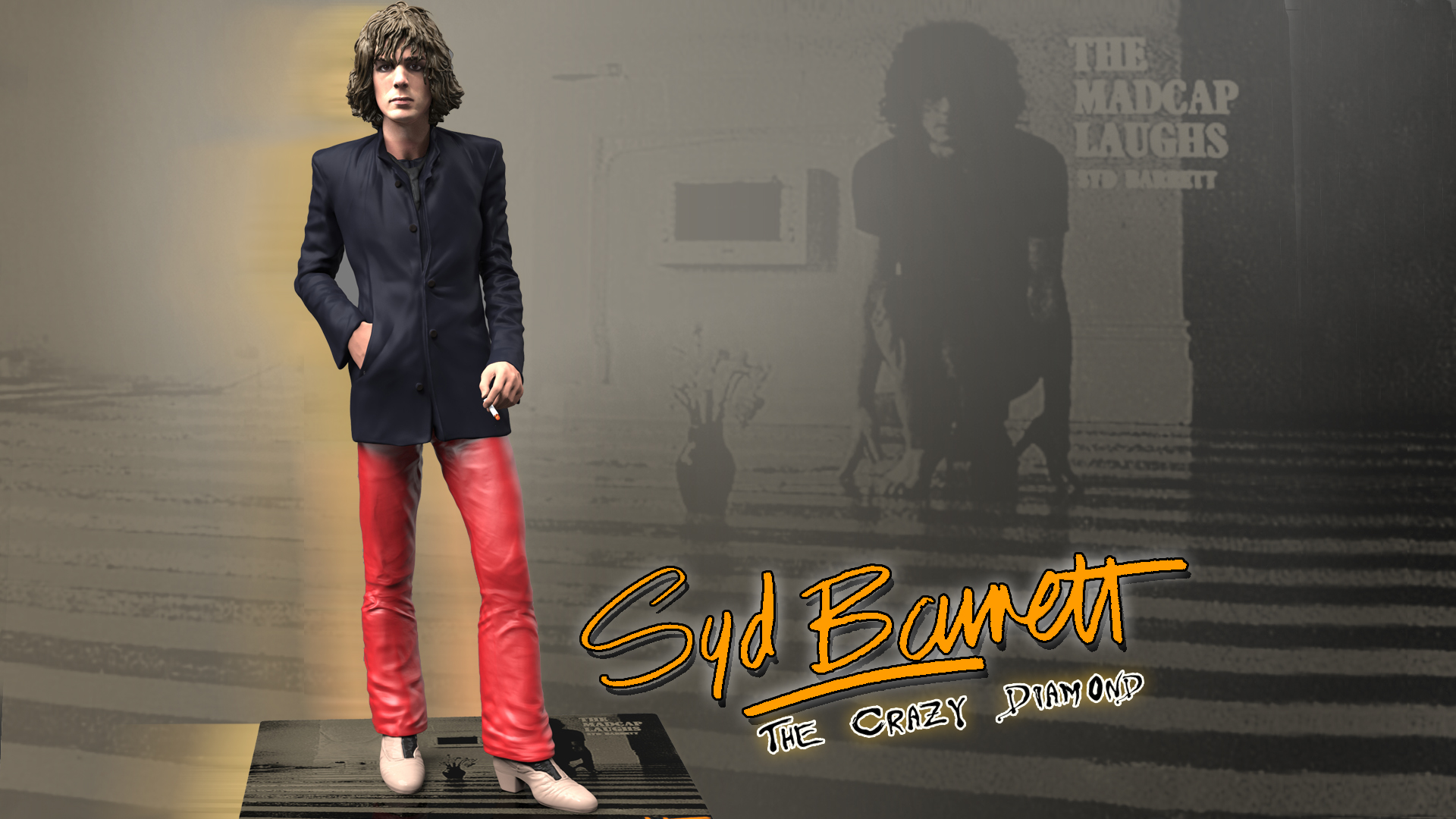 Syd Barrett a founding member of Pink Floyd was born on this day, 1946. Throughout his life, Barrett created music that blended psychedelia, folk-rock and experimental pop. We were yet to have the “progressive rock” moniker the would become synonymous with Pink Floyd. Syd was one of the first to suggest a music performance might be more of a “look at” event multi-media experience vs. a dance event. His solo career included two albums that included Madcap Laughs.

After Syd’s exit from The Floyd due to metal illness he became the muse for much of the Floyd themes and song writing. Roger Waters is open about Syd’s influence on his writing from Wish You Were and through Pink Floyd The Wall.

KnuckleBonz created a Rock Iconz Ltd. Edition Statue to celebrate Syd from his solo years in 2017. That has been SOLD OUT for many months, but you can still check out out here.

We have created a new Syd Barret Rock Iconz Statue design and hop to release it later in 2023. Hard to believe the 50th anniversary for Dark Side of the Moon is almost upon us…what happened?

Check out all the KnuckleBonz Wish You Were Here, Division Bell, Animals Pink Floyd Collectibles here.