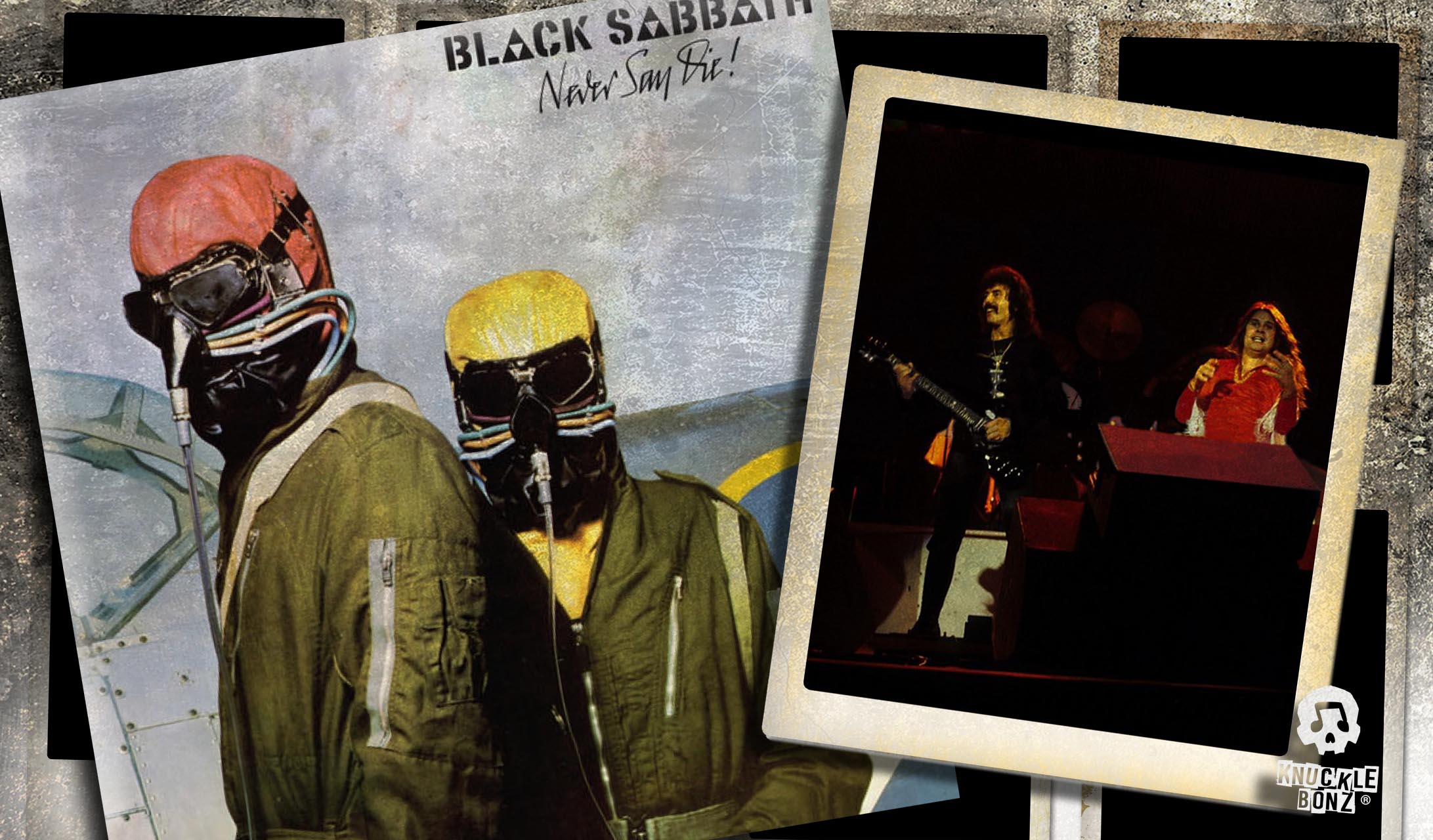 September 1978, the KnuckleBonz® Krew were just getting back into the flow of a new high school year and Black Sabbath Never Say Die dropped on all us Back Street Kids. It was bitter sweet as the album had some really great moments, but for the first time as fans, we could start to see some of the cracks that were forming in the original Black Sabbath line up of Ozzy Osbourne, Tony Iommi, Geezer Butler and Bill Ward. The “Johnny Blade” track was the high pint for us. The bridge in that song is still send chills down the arms. Later that year we would see this tour live with “Special Guest” none other than Van Halen on their 1st national tour…what we wouldn’t give to set the way-back machine and see that show again.

We are fortunate to me working with Metal Lord Tony Iommi in  our Rock Iconz Statue Series at present. Tony’s Rock Iconz Ltd. Edition statue is on back order, but production just wrapped up on the new wave of production and is on the way to our US warehouse for the holidays miss out and reserve yours here.