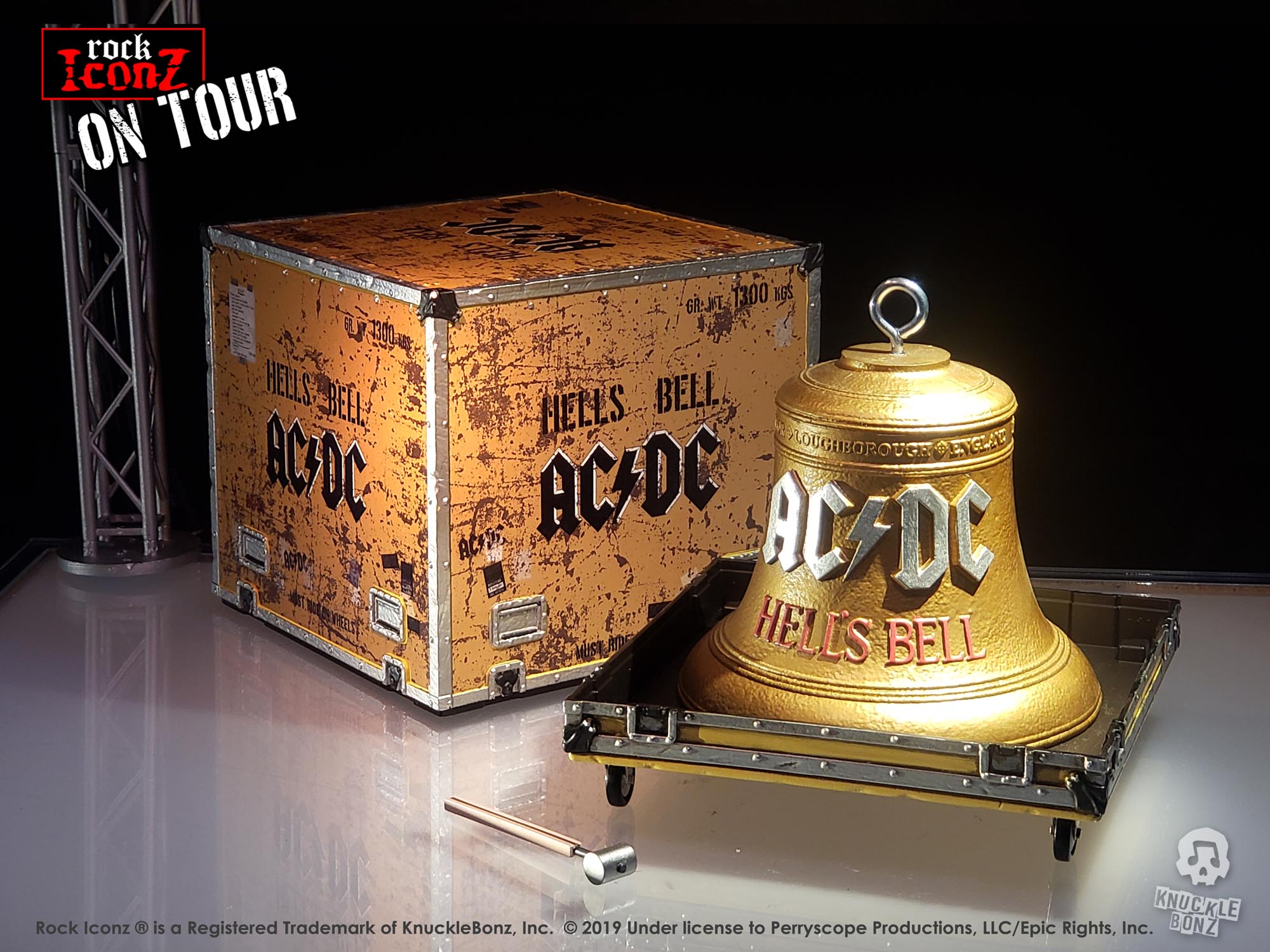 AC/DC “Hell’s Bell Rock Iconz On Tour Limited Edition Collectible “It’s like you were there” in 1980.

The AC/DC “Hell’s Bell” first graced the AC/DC live stage in support of the “Back in Black” world tour in 1980. This was the band’s 7th studio album and the 1st with new frontman Brian Johnson. For anyone associated with that tour, it quickly became clear that this was not just another stage prop. It was, in fact, a 1300kgs bronze colossus that actually smashed through many concert stages during load-in as it was wheeled into position in the custom road case. This bell was special, as it was not only an amazing sight during live performances, but it was the very same that was rang out (13) times on the “Hells Bell” track on the album.

“HELLS BELL ACROSS THE SKY”

The new Rock Iconz® “On Tour” Series brings music fans and collectors moments in and around the world’s great live performances and world tours. Each On Tour collectible is hand detailed and is an officially licensed limited edition.

A Band On The Rocks, author G.D Praetorius. https://www.loudersound.com/features/acdc-a-story-of-the-hells-bell