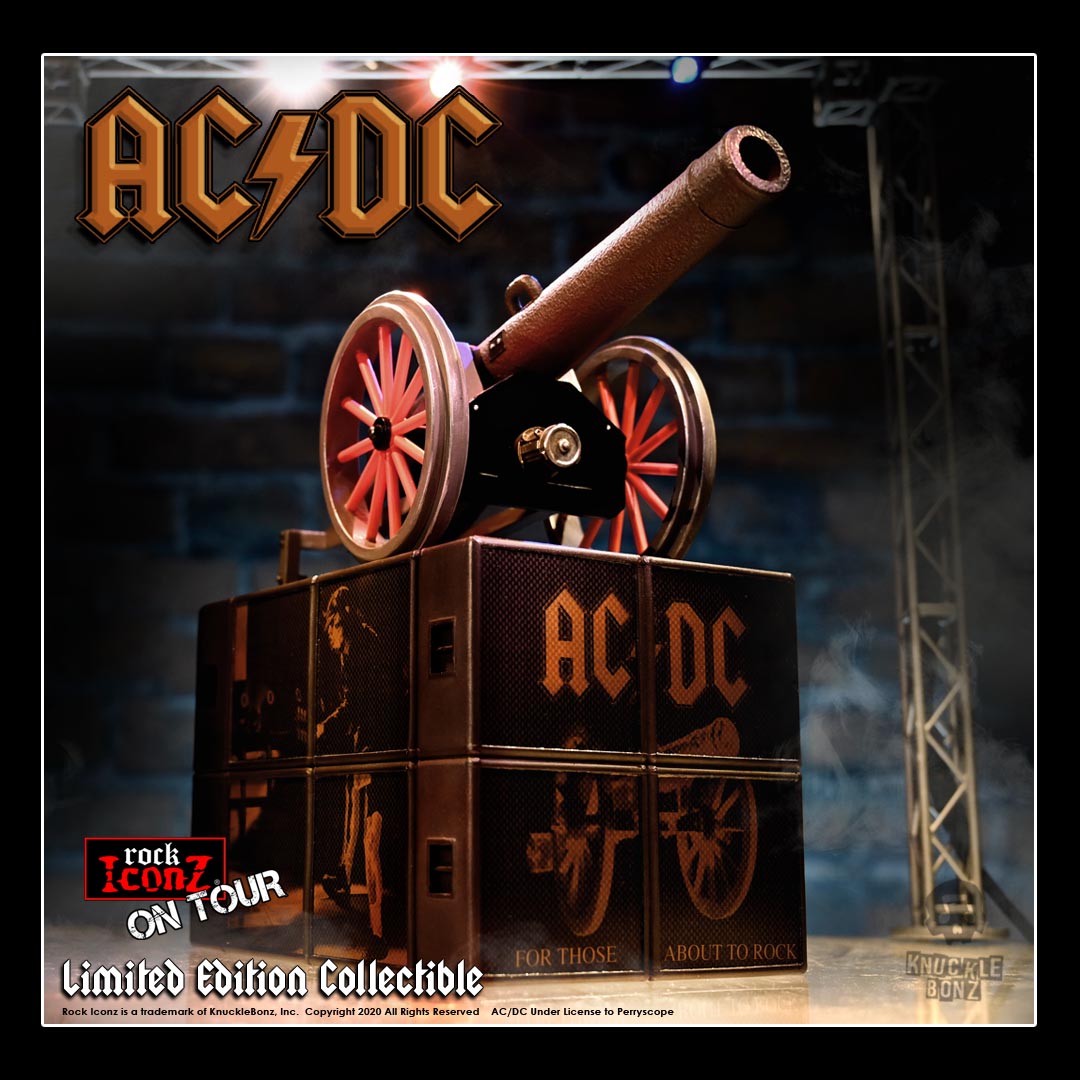 Is the 8th studio album for AC/DC® and was the debut of the “Cannon” that would become a staple of the massive AC/DC live productions. The album was yet another multi-platinum release for the band and the “For Those About to Rock” tour spanned over 12 months from Nov 11, 1981 – Dec 20, 1982. From 20,000 seat sports arenas, to major festivals worldwide, the AC/DC Cannons have thrilled music fans at the close of their shows. There is no other moment like it in live music. The lyric, “For those about to Rock,” is a play on history from the time of the Roman Colosseum. As fated participants entered the arena, they saluted…

The Rock Iconz® “On Tour” Series brings music fans and collectors     moments in and around the world’s great live performances and world tours. Each On Tour collectible is hand detailed and is an officially         licensed limited edition.