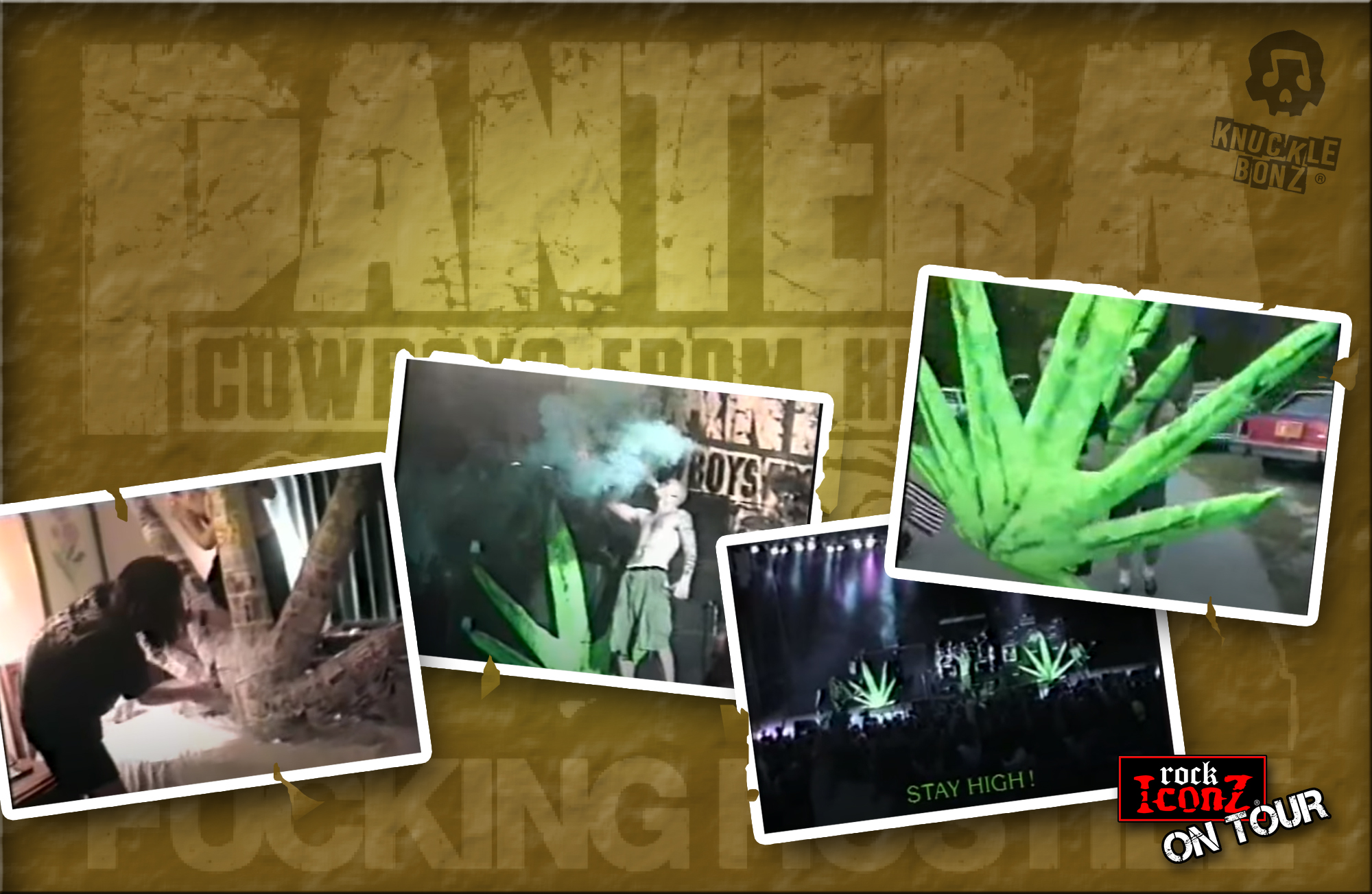 Watching the Pantera Home Videos, we get our first glimpse of Phillip Anselmo, Dimebag Darrell, Vinnie Paul Abbott and Rex Brown on the road, being Pantera. The Pantera Home videos chronicle what it was like being a hard-working touring band in the late 90s as the heavy metal scene was under attack and in need of new leadership. These videos are must see if you have only recently discovered Pantera or just want to relive a great time in music.

The Pantera Home Videos have all the heavy metal Hijinx of course as well as some special guest appearances from Pantera’s peers at that time as well as metal gods like Rob Halford of Judas Priest. If you get a chance, seek these 3 videos out, Pantera “Cowboys from Hell – The Video, Vulgar Video and 3 Watch It Go.” Hard to believe it was over 30 years ago since the original release.

Also, check out our Pantera Rock Iconz® and Vulgar Display 3D Vinyl® at www.knucklebonz.com . We are an Official Licensee and work with the band and management to make our high-end collectible series something special for Pantera fans worldwide. More cool stuff in the works #staytuned.