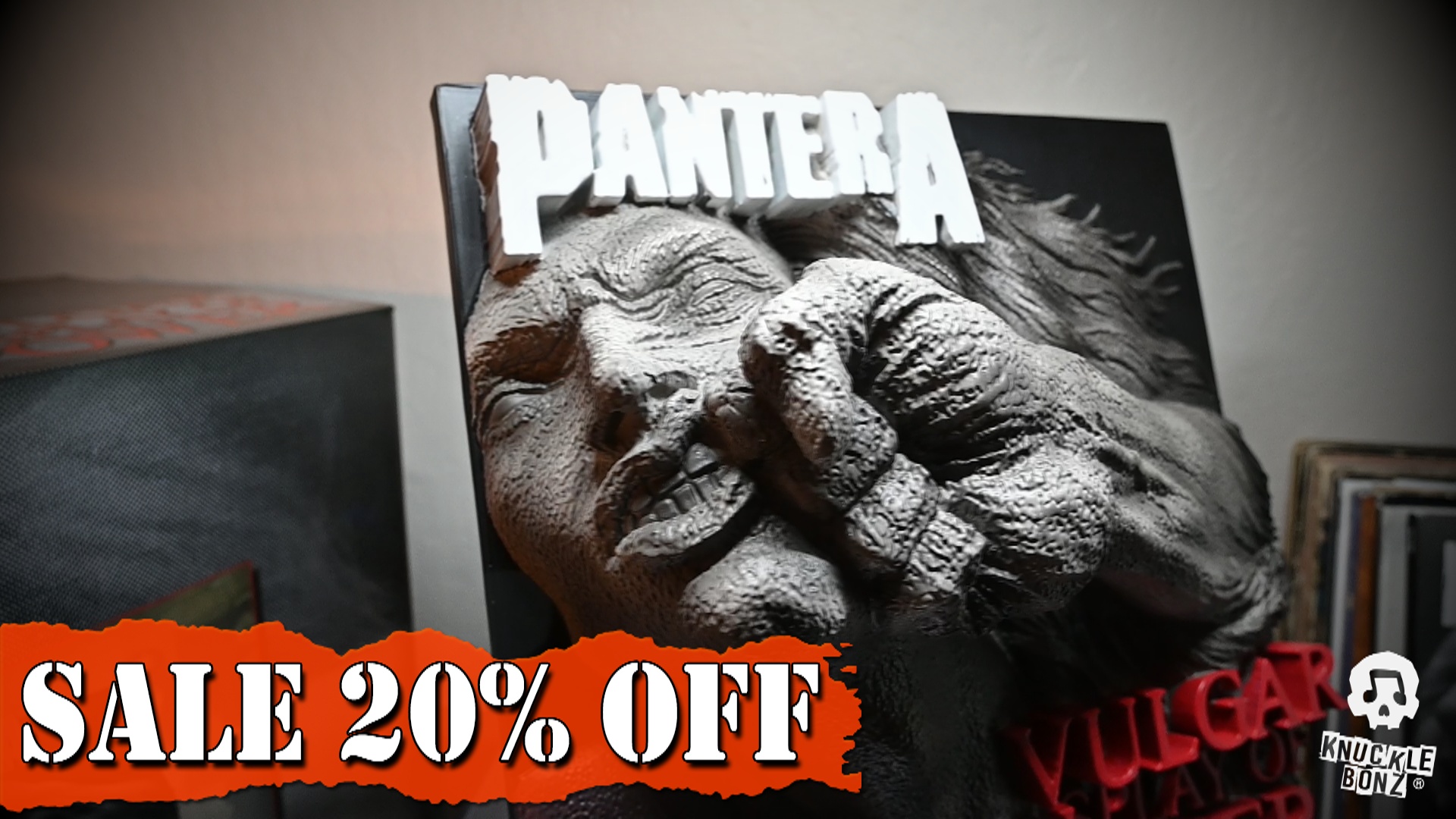 Hard to believe it’s been 29 years since Pantera dropped “Vulgar Display of Power” on us. We remember the heavy metal scene struggling with it’s identity at that time, with some of the heavier bands embracing the grunge or “alternative” brands. The Cowboys from Hell where having none of that and were flying the metal and power groove flags high. From the opening riff on “Mouth of War” to the heavy flow of the final track “Hollow”, this record was an instant classic.  A perfect record, that has happened only a few times in hard rock/heavy metal history. The amazing musicianship of Phillip Anslemo, Rex Brown,  Dimebag Darrell and Vinnie Paul Abbott was on full display.  But, the meaning of these songs went further than many metal tracks. It hard to imagine how relevant some lyrical lines would still be today “Be Yourself, By Yourself, Stay Away from Me!” Can the world today be summed up any better?

The KnuckleBonz® 3D Vinyl® Limited Edition Statue for Pantera Vulgar Display of Power is available now and on SALE today only to mark the 29th anniversary of the release.